So sue me, my mind has been elsewhere lately, like my training and work schedule (got a shoot coming up awfully soon). It's my goal to bring a whole new Drake look to the next shoot because I'm sure that's what you want. To do that, I have to really focus and dedicate my time and effort, so the blog and my plan fell by the wayside.

One of the things my mind was on also was a rare chance encounter with the one and only, my wrestling God (and future victim :) ) Aryx Motherfucking Quinn. A post exclusively dedicated to him (and my weird range of feelings about him) will be forthcoming. But know this, I spoke with him today and he is in the best shape or his life. Will be awesome to see him on the mats or in the ring again...whenever that may be.


Coming up at #7 on this list today is the French splatterpunk flick that put director Alexandre Aja on the horror map: Haute Tension (translated High Tension).

Alexandre Aja is a genre director (sometimes that's a good thing, sometimes not so much) that has consistently delivered for his fans. He's known for taking properties (Piranha, The Hills Have Eyes) and injecting them with some modern twists and buckets upon buckets of blood and carving his own path with the original material.

That being said, the downside to his work is that none of it is entirely original. Even this film I'm reviewing has been said to be an "unauthorized adaptation of Dean Koontz' Intensity" (Wikipedia)

However, since I'm reviewing 3 films in this update, I'll keep these as short as humanly possible.

Two young girls (Marie and Alex) go on a holiday to visit Alex's family and to study. The girls are best friends and throughout the film's duration, you get the feeling that Marie's feelings for Alex run a little deeper than friendship.

As the family battens down the hatches for the night, a grizzly man shows up, rousing Alex's father and slitting his throat and then systematically works his way through the house, isolating each and every member of the family and offing them in terribly gruesome ways.

All except for Alex, whom he kidnaps, and Marie (who is able to hide from him, yet is being forced to watch each and every awful murder).

As the man attempts to make his getaway with Alex, Marie manages to stowaway on his truck and soon begins a battle with the man to save her best friend's life.

Marie's intensity as she chases down the man who has caused so much misery, the narrowed eyes as she pours all her hatred into taking down this man is completely unnerving.

The movie crescendos in a crazy bloodbath executed by a fucking concrete saw and a mind fuck of a reveal of the killer's identity and motive.

Looking back on it today it wasn't as big of a braingasm as it was the first time around. It's like Memento in that way, it doesn't hold up as well on subsequent viewings, but that first experience is always amazing. But each and every viewing is rewarding in itself as you start to piece the whole mystery together with Alexandre Aja's adept direction and his complete mastery of the plot. 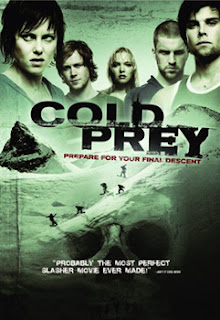 The second shot is the Norwegian slasher that made a huge impact on me when I first saw it years ago. It's one of the most derivative slashers I've come across. However, the thing about it is how completely self-aware it is in how it pays homage to the movies that inspired it (Room 237 anyone?). The pacing is tight, the action (and setting) is brisk.

A tight-knit group of friends head for the hills in this snowbound thriller: A snowboard trip goes horribly wrong when the fifth wheel of the bunch botches a jump and injures himself severely, breaking his leg.

A vicious storm threatens the group (because that's how it works) forcing them to bunk down in a nearby, abandoned ski resort (because...right?) to wait out the storm so they can take their friend safely to a hospital in the morning.

Among these friends one of them knows how to set a broken bone (Jannicke), another knows how to fix a 50-year old generator (Eirik), two just want to fuck (Mikal {sexy fucker who is shirtless for a bit} and Ingunn, and one gets drunk (Morten) for the whole shebang.

As they explore the seemingly deserted hotel, they realize that the last entry in the guestbook was in 1975 and referenced a missing child. Simultaneously, Jannicke and Mikal find newspaper clippings about the missing boy and the closing of the resort but soon begin to realize that there are things quite modern and newer in this hotel, meaning it's not abandoned.

Soon the blood begins flowing as a heavily bundled man starts cutting them down one-by-one with a pickaxe. As their numbers dwindle, the remaining friends have to rely on each other if they want to make it through the storm.

As I said, the film offers nothing new to the horror genre, but plays itself very bare bones, and hits all the bases that it needs to hit and thus, succeeds in being a great modern slasher with an old-school sensibility. In doing so, it tears all post-Scream slashers to shreds.

The real star of this movie is the setting as this movie was filmed almost completely in the Scandinavian mountains in the area known as Jotunheimen. It's absolutely beautiful and this film crew really put themselves on the line as the terrain is just plain treacherous. It took 2 years to film and 9 months of post production, and the quality of the work is impressive.

A surprisingly blunt and tragic ending to an overall great movie. Fritt Vilt (Cold Prey) was so successful that it spawned both a sequel AND a prequel (which I have yet to see...maybe next year?)


And the final film of tonight is coming from Romania, but technically France. 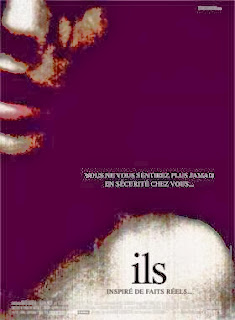 This French-language thriller takes the home invasion thriller and winds it tighter. This film had my heart racing, I was terrified and squirming the whole time I watched it the first time and much more so this time. The soundtrack is terrifying, the plot is ambiguous, you're never given answers (besides "What is that damn sound?!") and that's kind of how I like it.

Opening on a bickering mother and daughter, the fight so pointless but enough to distract the mother from her one job: getting herself and her daughter home safe. By the time she pays attention to the night road she's traveling she sees something and swerves to miss it, ramming the van into a tree.

After checking on her daughter, she leaves the van to assess the damages, lifting the hood she tells her daughter to turn the key and after doing so, the mother has gone silent. The daughter calls out a few times and still finds her mother unresponsive. Getting out, she realizes her mother has vanished. Weird noises send her scrambling back into the van which is soon assaulted by dirt clods from nowhere. The girl wishing herself into the safety of the vehicle is soon grabbed from behind, strangled to death as cars drive by the disabled vehicle on the side of the road.

The next day, we are introduced to our protagonists Clem (who passes by the vehicle from the beginning of the film) and Lucas (her boyfriend waiting for her at home).

The film enters the slow-burn territory (which I, again, love) as we get acquainted and settled into the young couple's nightly routine, finally going to bed. Not long after they are awakened by the sound of music and the glare of headlights. Upon investigation, the car takes off, sending Lucas and Clem back to the safety of their home.

But it turns out not to be safe as whoever was in the car is now inside the house with them, and the power and phones have been cut.

Lucas and Clem begin to battle for their lives, protecting themselves from unknown assailants, whose identities turn out to be even more terrifying. They flail their way through their own home, the forest surrounding, underground tunnels, and sewers, trying to find the strength to make it to civilization and, ultimately safety.

This movie is damn near perfect in the buildup, the suspense, the fear of what it doesn't show you.

It runs on a very lean 75 minutes and makes great use of every single minute, being almost as nerve wracking as big budget sleeper hit Gravity (an amazing, flawless film that you MUST see). The last 15 minutes are as tight and dangerous as a mouse trap with a heartbreaking finale that will leave you completely breathless and winded.

It is the first movie on this list to be considered fresh by Rotten Tomatoes, barely clinging to it's qualified 60% rating.